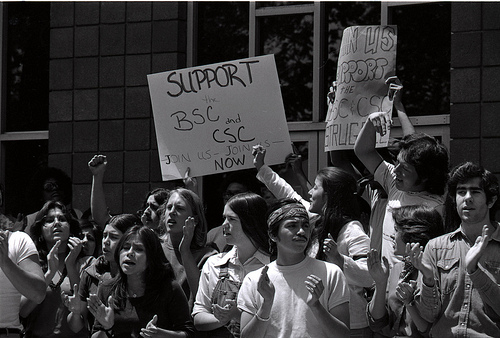 On Tuesday, Nov. 1 filmmaker Erin McGinnis came to the UC San Diego campus to screen her new documentary Precious Knowledge, about the Mexican-American/Raza Studies program in the Tucson Unified School District in Arizona. The film depicts the ongoing battle for its continuation after lawmakers passed a ban on it and programs like it in the Arizona state legislature in the spring of 2010. The film highlights educators in the program like Curtis Acosta and José Gonzalez who passionately lead their classrooms and inspire their students to work hard and think critically about their identity, cultural history and the society in which they live. It then features students of the program like Ricila, a Mexican-American high school senior at Tucson who learned to lead and to better understand her heritage through the Chicano/a Studies program. The story then turns to Tom Horne, the State Superintendent of Public Instruction at the time who waged a public campaign to ban Tucson’s Mexican-American Studies program along with all other Ethnic Studies programs in Arizona public high schools, citing such programs’ promotion of “ethnic chauvinism.” The film portrayed Mr. Horne and the current state senator John Huppenthal at the forefront of the campaign to ban the programs, claiming that they fostered anti-American sentiment, resentment towards a certain race and class of people and that they ignored the history of those who helped fight for the freedom and prosperity that is enjoyed in the United States today.

The bill, otherwise known as HB 2281 or A.R.S. 15-112 in its final form, explicitly prohibits any program of instruction that promotes “the overthrow of the United States government”, “resentment toward a race or class of people,” is “designed primarily for students of a particular ethnic group” or advocates “ethnic solidarity instead of the treatment of pupils as individuals.” According to the Arizona state government, Mexican-American, African-American and Asian-American Studies programs across the state all fall under this description, with exceptions made for certain Native American Studies programs. The bill states that it will cut up to 10 percent of state funding from any school district that does not get rid of any program that falls under those categories.

Both Horne and Huppenthal were vying for the office of Attorney General and State Superintendent respectively at the time, offices which both men now hold. The ban, which was signed into law by Arizona governor Jan Brewer in May 2010 after being vetoed by the previous Arizona governor Janet Napolitano, came in the context of a triumvirate of anti-immigration actions in Arizona aimed at further marginalizing the state’s Latino population and opportunistically scapegoating this ethnic group for political gain among conservative voters. In April 2010, a month before the Ethnic Studies ban went into effect, Governor Brewer signed into law the infamous Senate Bill 1070, which permits police officers to question anyone that looks suspicious about their immigration status, and if they cannot produce proper immigration papers on sight, they can be charged. This bill was the most draconian immigration law in modern memory in the United States, drawing international attention. In the same month, the Arizona Department of Education began telling school districts that any teacher with a heavy accent or that speaks English ungrammatically cannot teach students who are learning English. Many of the teachers that this mandate affects were hired by the state in the 1990s as part of a bilingual learning program. Now, a number of these teachers are faced with losing their job.

These state measures come in the context of severe economic downturn, a time when voters are more susceptible to rhetoric that places blame for their woes on another group of people. Looming apprehension that an increasing proportion of the U.S. population is made up of Latinos is also a factor in the support for these anti-immigration measures, which ironically also makes the Mexican-American/Raza Studies program increasingly more important.

Horne and Huppenthal frame their campaign as a struggle to preserve “American” values against the threat of an educational program that inculcates anti-Americanism and victimization in its students. Since Horne and Huppenthal know the majority of their voting bloc is conservative and white, such strong-handed, ‘pro-American’ rhetoric is a sure shot. However, the crux of the issue runs deeper than political expediency. Horne and Huppenthal are not engaged in a struggle to preserve American ideals, as they would like their constituents to think. Rather, they are reasserting the preeminence of the dominant culture in the U.S. — white European culture — by telling Mexican-Americans, African-Americans and Asian-Americans that their histories are not important and not American. Asserting the essentialism of the dominant narrative of American history and denying the teaching of other perspectives is simply prejudiced demagoguery and brinksmanship. Not only do Ethnic Studies programs offer an alternative perspective and a chance for students to learn about their cultural history, they are also proven to motivate and engage more students. While the statewide rate of graduation in Arizona was 68.2 percent as of 2007, the graduation rate of students in Tucson’s Ethnic Studies department is 93 percent. The program has made an especially great difference for Mexican-American students, whose nationwide high school dropout rate is larger than that of any other ethnic group at 50 percent. Horne and Huppenthal do not cite statistics in their campaign. They rest their argument on vague notions of the American ideal of individualism over racial identity.

Horne will also not mention that by suppressing these important programs, he is most certainly supporting an academic program that caters to a specific ethnic group — exactly what his bill bans. The mainstream version of American history that HB 2281 does not ban is the European version of events, in which it is never taught that the U.S. Constitution, which formed the bedrock of American liberalism and individual civil liberties, also crystallized white Europeans’ dominance over all other ethnic groups in the United States, who were at that point non-citizens. Through this effort to ban Ethnic Studies programs in Arizona, Horne and Huppenthal are, advertently or inadvertently, attempting to define who is qualified to be an American citizen — an endeavor that has existed since the formation of the American nation-state, and it is very clear who they are excluding from this privilege.

Earlier this year after John Huppenthal had won his bid for State Superintendent of Public Instruction, he contracted a Florida company to conduct an audit on the Mexican-American/Raza Studies program in Tucson to determine its educational merit and compliance with the new law, as the district holds that the program does not do any of the things that were outlawed in HB 2281. The audit had an estimated cost of $170,000 and according to an Arizona lawyer, it lacked legal basis. As what should have been the nail in the coffin of Horne and Huppenthal’s hateful campaign, the state-funded, independent audit determined that Tucson’s Mexican-American/Raza Studies program was a worthy educational program that was in compliance with the new Arizona education law. Despite the results of the audit, Huppenthal maintains that the program violates the law, and because of this the Tucson Unified School District finds itself in a battle to prevent $15 million being cut from its budget. 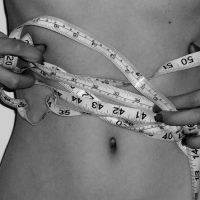 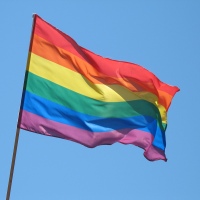 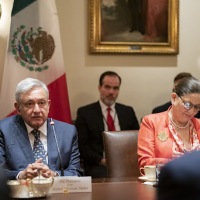