The first round of Egyptian parliamentary elections occurred Monday, November 28th and ended up going into a second day of voting due to the enormous turnout of nearly 80 percent. As predicted by an October poll conducted by the Al-Ahram Center for Political and Strategic Studies that found that 36 percent of respondents favored the Muslim Brotherhood, its Freedom and Justice Party appears to have won the majority of the vote at approximately 40 percent. Surprisingly, the second place appears to have gone to the ultra-conservative Salafi party Al-Nour, with approximately 20 percent of the vote. Third in the race is the coalition of secularist parties known as the Egyptian Bloc. These results have been very encouraging for the Islamists, and obviously worrisome for those desiring a more secular and democratic government. However, given that the parties will have to form coalitions in order to govern, no one party will be allowed to dominate, and extremist ideas should naturally be moderated.

Some key players in the two elections in December and coming up in January are the leaders of these winning parties and coalitions. Mohamed Mursi is the chairman of the Muslim Brotherhood’s Freedom and Justice Party, Abdel Monem Shahat is one of the leading Salafi figures of the Salafi Al-Nour Party, and Naguib Sawiris is the head of the coalition of secular parties, The Egyptian Bloc.

Mursi has recently spoken out against the Military Council that has retained control of the government since the ousting of Mubarak. He has stated that “a government that is not based on a parliamentary majority cannot conduct its work in practice,” and “therefore we see that it is natural that the parliamentary majority in the coming parliament will be the one that forms the government.” This comes in response to the Military Council’s plan to retain control of the government until presidential elections in June 2012, a plan that has created tensions among many Egyptians. Now that the Muslim Brotherhood knows that they will likely be the majority in the parliamentary coalition, they are beginning to speak out against the military. Mursi, acknowledging the success of his party in the election, commented, “the Egyptians, God willing and with the passing of time, will obtain their complete rights… Egyptians are today practicing their right to vote and picking the parliament of the revolution in complete freedom” suggesting that the Muslim Brotherhood will perhaps embrace a sort of democracy, though it will definitely include Islam in the equation.

However, the party with the second highest vote, the ultra-conservative Al-Nour party, does not make any suggestions as to the validity of democracy. Abdel Monem Shahat has said that “Islam forbids democracy” and appears to have little regard for civil liberties. Shahat, consistent with Salafi beliefs and campaign slogan, states that “what we want is the complete commitment to Islamic shari’ah law.” Since it appears that Al-Nour will in fact play a substantial role in the parliament, fears have arisen around these extremist ideas. Fortunately their share of the vote will not be enough to dominate, and their ideals will ultimately be moderated by the need to form coalitions in order to govern. This does not, though, dismiss the idea that the writing of the constitution will probably be more influenced by Islamic ideals had the Salafi party not had such a strong showing.

Finally, a Christian telecommunications billionaire, Naguib Sawiris is the head of the Egyptian Bloc, or secularist coalition. He recently entered politics as a liberal heading the Free Egyptians Party following the riots that led to the removal of Mubarak. He has promoted a gradual transition to a democratic and non-religious state. As the leader of the coalition that has so far won the third most votes in this three stage election process, his liberal ideals, along with the fact that he is Christian and not Muslim, will surely work to moderate the other political parties, particularly Al-Nour.

With all this said, no matter what happens in the next two stages of the election process, one thing can be sure: the United States will surely no longer retain the same kind of influence over Egypt as it did under Mubarak. Given the history of imperialism in the region, it is no wonder that the Egyptians have grown agitated over foreign influence. The United States, while propping up the Mubarak regime, has shown the Egyptians that it has its own interests at heart, not the interests of the Egyptians. It is unlikely, however, that any parliamentary coalition that ends up forming will completely reject American influence. After all, the United States supplies Egypt with over two billion dollars in aid every year, a sum that can hardly be rejected in times of such economic strife.

Whatever party assumes power in Egypt, it is likely that they will want to return Egypt to its former glory as a regional influence. It is after all home to Al-Azhar, the center of learning for Sunni Muslims, and it is the most populous Arab-speaking country, among other distinguishing characteristics and history that should allow it to be a regional power. Because of this, it is likely that Egypt, independent of American control, will attempt to mend relations with Iran since Iran also is attempting to become a regional power. Egypt will continue on a course that will put its own interests at the forefront instead of American interests, and this should not come as a surprise to the United States. Moving forward, American policy will have to focus on diplomacy and negotiations rather than tactics of complete control. In the end, I believe this will benefit the United States in that Egyptians will not resent the United States for controlling their country. They will instead be in control of their own future, an ideal that is very American and should be understood and respected.

It seems that the primary question remaining is whether or not the military will allow the smooth and fair transition to a civilian government in good time. Elections are under way, and so far it appears that they are taking place without any major corruption. As long as this trend continues, the military will probably have a hard time blocking a democratically elected parliament from assuming control of the government, but only time will tell. 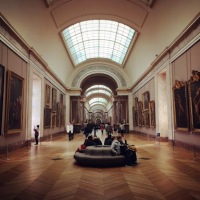