Chattering between the rows of UC San Diego’s Hojel Hall of Americas, people from both sides of the Pacific congregated to hear distinguished speakers Jim Wunderman, Dr. Jin Li, and David Michael discuss “How Innovation Works in California and Shanghai.” As part of the 2015 California-Shanghai Innovation Dialogue cosponsored by UC San Diego and Fudan University in Shanghai, the three speakers provided unique perspectives on what made Silicon Valley so successful and how Shanghai aims to become the next international hub of innovation.

The first speaker, Jim Wunderman, is the president and CEO of the Bay Area Council, “a CEO-led public policy organization focused on making the San Francisco Bay Area and Silicon Valley the most globally competitive and economically productive region in the world.” In his presentation, Wunderman described the technological revolution of the late-90s that made Silicon Valley its home base. The Bay Area was able to support the growing tech innovations due to the local culture and network of the area. The dynamic culture encouraged the acceptance of risk and failure, fostered innovation and new ideas, while the weather and local area provided a pleasant quality of life. Silicon Valley was easily accessible through several surrounding entries for physical connectivity, such as the San Francisco International Airport and the Port of Oakland, eventually making it the “hub of the Pacific Rim.” People from all over the world could easily travel to Silicon Valley and start something new.

Nearby universities, national laboratories and incubators were all constant sources of new research and opportunities for collaboration. These entities were able to come together in the “common space” of Silicon Valley, eventually becoming the birthplace of venture capital investments. In this way, Wunderman argued that there was no singular development model that Silicon Valley companies followed, but rather an open model of innovation that was drawn to an area full of opportunity and good weather. Wunderman’s presentation described the successes of the Silicon Valley as an almost serendipitous occurrence, with the timing of places, people and nice weather coming together perfectly. However, this begs the question, can Silicon Valley retain its title as the most prominent incubator of innovation in the world?

Dr. Jin Li begged to differ. Li is the Vice President of Fudan University, one of the most prestigious universities in China, and his goal is to build Shanghai up as the next global innovation center. Quoting President Xi Jinping, “Innovation is always an important force to drive development of a country and a nation,” and Li argued that innovation in China was necessary in order to keep the country moving forward.

However, he admitted, “China is in transition and still at the bottom of the learning curve.” Fudan University is better known as a liberal arts university, but Li hopes to move toward technological innovation and believes that Shanghai is the best place in China to do so. Thus far, Fudan has helped found the Zhangjiang Innopark/Hi-Tech Park, the Jiangwan Innovation Corridor, the Ningbo Fudan Research Institute and the Wuxi Fudan Research Institute.

These programs have become incubation environments and five start-up companies have grown from these incubation centers so far. One was the Fudan Microelectronics Group, the first of the spin-offs to be listed in the Hong Kong Stock Exchange. Then the Fudan-Zhanjiang Bio-Pharma Company was listed in 2002. However, the largest hindrances, the high business costs and poor environment for start-ups in China, still remain. Li argued that an open economy in China is necessary to produce greater innovation. He stated, “Innovation must be international, and China must be part of the world. There is no such thing as a Chinese-style innovation.”

Fudan University is playing a significant role in providing a better space for innovation in Shanghai, but I argue that its hindrances currently outweigh the University’s efforts. It will not be until the Chinese government also aligns itself toward the aim of encouraging innovation by implementing friendlier policies and lowering business costs that start-ups can begin to thrive. Finally, unlike Silicon Valley, Shanghai is a heavily polluted city with cold winters and a small, albeit growing, community of expatriates – not as pleasant environment.

The final speaker, David Michael described five necessary changes that he believed would generate innovation in Chinese cities, especially Shanghai. Michael was senior partner of Boston Consulting Group (BCG) and the former leader of “BCG’s Global Advantage Practice Area,” which focused on solutions for emerging markets. With his extensive experience in China, Michael saw the first necessary change as intellectual property protection including licensure, sharing, and patents. Michael argued that without patents, there would be no value to innovation. There is also a gap in China’s education that lacks the foundation for a start-up culture. Rather than rote memorization, education should focus more on how to work collaboratively in teams and how to be leaders. China’s government is also heavily integrated in its economy, as it is “characterized by very large state-owned companies.” As such, China would benefit from the increase of international, institutional investors to encourage venture capital investment. Finally, Michael argued that China’s role is integral in global innovation, as start-ups in Silicon Valley are utilizing China’s resources earlier than ever, such as China’s eBay equivalent TaoBao.

Thus, it is important for external forces to collaborate with Chinese entrepreneurs to develop a strong environment for innovation in China, as China needs more intellectual people from abroad to head their own innovation movement . These fivechanges could be directly applied to Shanghai’s current situation, where Li stated that the most obvious bottlenecks for innovation are in high business costs and a poor environment for start-ups. If Shanghai were to follow Michael’s suggestions, start-ups may begin flocking to Shanghai for its more open and hospitable environment.

To answer the question, I believe that Shanghai has the potential become the next global innovation center. Although Beijing also competes for the same title, Shanghai sets itself apart because its local economy is dominated by private businesses rather than state-owned enterprises like in Beijing, and it is home to the Shanghai Stock Exchange. Li also claimed that the major universities in Shanghai, such as Fudan University and Jiao Tong University, are very collaborative, while Beijing’s universities are more rivalrous. This collaboration encourages the most prominent academics to work together to solve problems, rather than compete against each other. Additionally, Shanghai has operated under the Shanghai Pilot Free Trade Zone (SPFTZ) since January 2013 that implemented major reforms in “foreign investment, financial, trade, and legal and regulatory systems” for a more liberalized market, which has been much more supportive for financial innovation.

However, it still will take continued structural changes and support from the government in order to do develop a flourishing environment for innovation in Shanghai. Currently, high fees and a rigid education system, which provides little encouragement for creativity and riskiness, squash the motivation to start small businesses. Wunderman stated, “China’s not run by business, it’s run by government. But its government is like a business.” Unlike Silicon Valley, it is important for China to have its government involved, though as Li argued, it “could do more to release its grip on asset management policies.”

To encourage innovation and start-up businesses, China must create an economic environment friendly to small businesses, including stronger intellectual property protection and lower business costs. The government appears to be making significant strides in this direction as the South China Morning Post recently announced the addition of 40 billion RMB (equivalent to 6.38 billion USD) to fund incubation programs, including the Shanghai Zhangjiang Hi-Tech Park.

Finally, Shanghai must also work toward creating a pleasant physical environment. The city is vibrant with lively neighborhoods and good eats, but Shanghai must continue addressing its atrocious air pollution and hospitality toward foreigners to be included in the global innovation economy. Currently, China’s businesses are characterized by “copy-cat” companies and providing cheap labor for other companies. Rather than just exploiting Chinese labor, innovators from the United States should move toward a more equal, collaborative relationship and work with Chinese entrepreneurs to cultivate an innovative environment. As Wunderman aptly stated, “We should be strategic and helpful to China because we’re all a part of one big thing now. If they do well, we do well.” 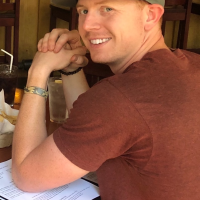 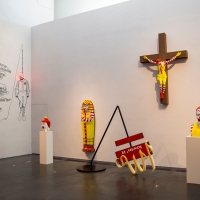