On Dec. 17 last year, President Obama and Cuban President Raul Castro announced a historic shift in relations between the United States and Cuba. After extensive negotiations brokered by the Canadian government and authorities in Vatican City, the presidents revealed that the U.S. and Cuba had agreed to normalize relations and would begin implementing policies to fully restore diplomatic channels in the coming months.

The talks commenced with a prisoner swap that included spies from both nations and the release of Alan Gross, an American subcontractor who had been imprisoned in the island since 2009. The swap has since been followed by negotiations pertaining to the normalization process which will include the establishment of an American embassy in Havana, a review of Cuba’s designation as a state sponsor of terrorism, easing travel restrictions to the island, and raising limits on remittances by Cuban-Americans and their businesses. In exchange, the Cuban regime has released 53 political prisoners and pledged to improve access to the Internet and other telecommunications technology.

Although initial rapprochement efforts have encountered diplomatic difficulties and domestic criticism, they are widely expected to be resolved in time for the 2015 Summit of the Americas to be held in Panama City this month. Cuba will attend the summit for the first time in history after a vote by Latin American countries resulted in unanimous support for the island-nation’s participation. The United States has consistently opposed Cuba’s attendance and actively lobbied members of the Organization of American States (OAS) to refrain from inviting Cuba in the past. This year’s summit will mark the first time both countries will share the hemispheric stage and will present an important opportunity for both nations to showcase diplomatic progress and update their bilateral relations. The American stance on Cuba has long been a source of tension and disagreement between the U.S. and countries in Latin America and has gradually eroded American influence in the region. The recent rapprochement developments provide an opportunity to improve ties with these nations and rethink American policy towards them as well. Furthermore, the 2015 Summit sets an appropriate stage for negotiations to begin on the biggest issue in U.S.-Cuban relations: the Cuban embargo.

In place since the early 1960s, the Cuban embargo is the longest-lasting trade embargo in the modern era. It was enacted with the purpose of ousting the Castro regime and outlaws most bilateral interaction between the United States and Cuba. It is outside the reach of presidential executive orders and requires Congressional action to be lifted or modified. Although the embargo has endured more than five decades thanks to its support by a powerful political machine, the social and demographic forces that have kept it in place are steadily eroding.

Most of the support for the embargo stems from older cohorts of voters and first-generation Cubans who immigrated to the United States after the Cuban Revolution, mostly to Florida. As these voter blocks start to dwindle and their political power begins to fade, politicians will have decreasing incentives to vociferously defend the continuation of the embargo and explore the alternatives. Already, a majority of Americans favor restoring diplomatic relations with Cuba and are becoming increasingly supportive of lifting the embargo. The trend is even stronger among younger Cuban-Americans in Florida, the state whose representatives have been the most ardent supporters of the status quo. The bloc of Cuban hardliners still represents an influential force in state and nationwide politics, albeit less so today than during any period in contemporary political history.

Arguments in favor of lifting the embargo have been widely discussed and detractors are increasingly falling flat. After all, it is hard to argue that a policy that has been in place for more than fifty years will only now begin to produce the intended beneficial outcomes. If anything, the embargo presents the perfect excuse to stir anti-Americanism in the region and excuse poverty and inequality in Cuba as a product of Yanqui oppression. The American tourism and business dollars that critics fear will flood Cuba and further empower the Castro regime are more likely to reveal the totalitarian corruption that actually oppresses the Cuban people. Poverty and struggle will be harder to justify once limits on trade and finance are lifted and will only serve to pressure failed economic policies to change.

In its quest to isolate Cuba, the United States has been slowly isolating itself instead. It remains the only major country without relations to Cuba and the only advocate for a policy that belongs in the years of the Cold War. It is time to pursue engagement and disavow isolationist policies that have led nowhere. The Cuban embargo is counterproductive and ultimately undermines American influence and interests in the immediate region.

Regardless of the merits or drawbacks of the embargo, the steady shift in American public opinion is undeniable and will inevitably alter the political landscape in time. Although a complete reversal of the embargo in the near future is unlikely given the current Republican control over both houses of Congress, prominent political figures are publicly advocating its end. The debate might set the stage for 2016, when the U.S. Senate is likely to change hands again. In the end, the Cuban question reflects an outdated policy whose revisiting was inevitable given enough time. Barring an international crisis, demographic trends favor a Cuban détente. Unless the Castro regime purposefully sabotages efforts to restore diplomatic relations, the end of the embargo is likely to happen in the coming years. 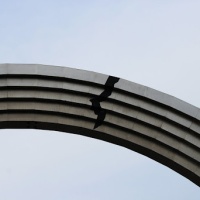 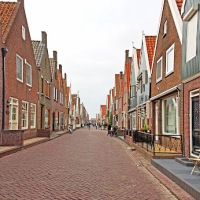