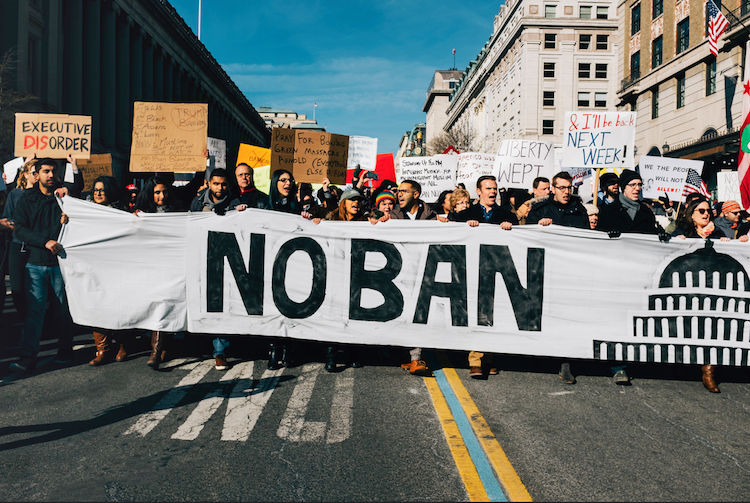 International House (I-House) is a residential community on UCSD’s campus that houses domestic and international students and organizes programs which foster multicultural curiosity and understanding.

My childhood as a second generation American was filled with narrations by my relatives explaining their struggles with immigration. One story which holds a strong place in my memory is one told by my uncle, in which he detailed his battles with obtaining a green card.

As an Indian citizen, he was on a temporary work visa (H-1B visa), which required 7-10 years of American residency to obtain. After successfully being employed and living in the country for more than 10 years, he applied for a green card, which would place him just one step away from obtaining full American citizenship. A few months before his appointment for the green card, the dot-com bubble hit and his company shut down. As a result, he no longer had an employer sponsoring his visa, and thus didn’t have the legal backing to be granted a green card. He left America not knowing whether he would be allowed back in the country. Unfortunate timing of an unfortunate company fate had jeopardized everything he had been working for in the past 10 years.

Every time I heard this story, I would think about how lucky I was to be born during an age when it was easy for people from around the world to establish their lives in America. I had always associated difficult immigration laws with an “older” American society. Maybe it was because the only stories I was exposed to took place at least 15 years ago, or maybe it was due to the immense presence of international people around me. I never took the time to think about how they ended up here, or what battles they may still be dealing with on a daily basis. In my eyes, simply their physical presence in this country was proof that we were all living the “American dream.”

This past Thursday, Oct. 26, International House at UCSD held a Global Forum, which are weekly events held throughout the year featuring a debate or discussion on relevant global issues. This time, the event was called “The Travel Ban: The Politics of Immigration in the US.” UCSD Professor Babak Rahimi led the discussion, providing an extremely informative lecture on the recent alterations of the travel ban proposed by President Donald Trump. Throughout Trump’s time in office, he has proposed different variations of his widely propagated travel ban that controversially banned individuals from Muslim majority countries. The most recent version of the travel ban attempted to counter the rumored anti-Muslim sentiments behind the ban by preventing the entry of citizens from countries like North Korea and Venezuela as well.

Professor Rahimi’s main argument was that the travel ban is not a new phenomenon, but rather one that has existed in America since the early 1900s, referencing the early quota system which placed a limit on the number of citizens of a particular nationality who could enter the U.S.. Acts such as the Immigration Act of 1875 excluded Asians from entering America, much like the travel ban is doing today with Muslims. Professor Rahimi proposed that “identity politics” is the main driver of legislations like the travel ban, that laws like these are a reaction to the changing demography in the U.S. and therefore divide people based on their religion and ethnic background. The government thus shapes a “distinct kind of identity” in this country. Anyone who doesn’t appear to fall into the category of this identity is seen as an outsider and risks being discriminated against.

The biggest problem with identity politics is that it creates a barrier of who is publically accepted to regard a country as their “home.” Traditionally, we are taught that home is the country in which you feel most comfortable. For many of us, our homeland is where we were born and brought up. But when identity politics is enforced, it is no longer enough to truly feel like you belong in a country. Instead, you have to look like you belong there. You have to hold the same image as the one being propagated as the “typical citizen.” Professor Rahimi, being a US citizen himself, details this situation perfectly. After 9/11, he was told that he was a “security threat” in airports, even though he held a US passport and was a native of Orange County. Student Nibhil Azzouzi also shared a similar story, stating that his Moroccan descent made him an outsider at his school in Minneapolis. Due to the ban, our identity is jeopardized by the physical features which the media and government label as dangerous. As Azzouzi said, individuals are being dehumanized solely based off of their religion and surface-level characteristics. They are being told that they don’t belong in the country, even though they may view it as their home. Throughout the discussion, it occurred to me that I am not lucky because I am an American citizen. Instead, I am lucky because my physical features don’t align with the image of a “threat” that the government has created.

Perhaps the most emotional story was shared by Anahati Albassi, who is a Ph.D. student in the music department at UCSD. As an Iranian citizen, she has been extremely affected by the constant travel bans that have been imposed throughout the year. This has not only affected her personal life, but has had a lasting impact on her professional life, as well. As an award winning musician, she tours internationally, performing concerts around the world. The travel ban imposed in January not only affected her travel to Iran, but also affected her travel worldwide. She was no longer able to attend any of her scheduled concerts. Even her travels to countries like Canada were canceled because of her inability to obtain a visa.

It is shocking that even the sharing of an art form as transnational and soulful as music can be impacted so greatly by the often divisive and skewed politics in this country. Anahita’s inability to travel prevents individuals around the world from hearing her compositions and being exposed to what is regarded as a “universal language,” simply because of her nationality. She has attempted to adapt to these unfortunate conditions through using applications like Skype to be present at her own concerts, however poor internet connection and poor sound quality prevent Anahita from being able to properly guide her fellow musicians in performing her compositions. As she stated, “the most important thing of being an artist is to collaborate with other people.” The imposed travel ban prevents Anahita from doing this.

She also explained how inaccurately the media portrays the effects of the ban. Many believe that the I-20 form (a visa issued to international students studying in the U.S.) gives them complete freedom to stay in the country. However, she has been told that there is no guarantee that her visa will be renewed once it expires. In order to renew the visa, one must exit the borders. Thus, the future of Anahita and many others who study in the U.S. remains uncertain.

Listening to Anahita’s story in pin-drop silence made me realize how ignorant I have been to the entire situation. I’ve always seen myself as a “global citizen” simply because I’ve lived in different countries and have been exposed to various religions and cultures. But somewhere in our human nature, we have an inability to fully understand what doesn’t directly affect us. It’s this very quality that allows laws like the travel ban to exist. As Nibhil Azzouzi explained, the integration of different cultures is the very essence of this country. The food we eat and the buildings we study in exist due to globalization. But still, somehow, the government chooses to impose a strictly anti-globalist policy. Most importantly, the people that we are characterizing as “terrorists” or “threats” – they are mothers, fathers and children. They are students and scholars and artists just like us.

The forum ended with a very important question from an audience member, who asked what a possible solution to the travel ban could be. The answer?  “Just stay informed.” Find ways to read up on the situation, learn about the different visas that are required, and find out how the ban truly affects the lives of those around us. We are all affected by the loss of culture and shared humanity that this ban imposes. The integration of different thoughts, lifestyles and beliefs form the very basis of this country, and that fundamental ideology that pulls us together should never be banned.