Read Part I of this series here.

By Shawn Rostker
Editor in Chief

It is from the rise of the AKP that Turkey’s current president, Recep Tayyip Erdogan, ascended to power. Erdogan’s emphasis on the horizontal ties of solidarity that bound together the people of Turkey rather than the vertical ties of obligation that bound society to state helped elevate him to political prominence. During his time as Prime Minister (2003-2014), the AKP pursued an aggressive reform agenda aligned with its contemporary vision. Economic stabilization programs continued, and ties between foreign commercial and private industry were expanded. Steady declines in the rule of law and fiscal health have led to a running five-year decline in overall economic freedom, and Turkey’s economy has consistently ranked near the bottom of regional and global indexes. It has rebounded from the effects of the COVID-19 pandemic, growing by 11% in the past year. Still, it remains plagued by inefficiencies across its vital sectors and susceptible to long-term effects of the ongoing war in Ukraine.

Turkey had taken a series of steps over the preceding decades to ingrain itself within the European-led economic systems. In 1963, the Ankara Agreement formalized a multistep process for Turkey to join the European Economic Community and ultimately accede to the European Union. It later became a member of the Western European Union in 1992 but ultimately left the compact in 2011. A Customs Union agreement was signed with the European Union in 1995 which led to Turkey’s recognition as a candidate for full EU membership. However, its candidacy has been suspended since 2016 over European criticisms of Turkey’s human rights violations and violable rule of law. Furthermore, questions over Turkish policies and their congruence with the Copenhagen criteria also contributed to this suspension and have festered tensions within European-Turkish relations.

The most contentious of these criticisms have arisen over Turkey’s treatment and suppression of its Kurdish minority. Long castigated and assailed by the Turkish government, the Kurds have mobilized and risen politically in recent years to threaten the political ambitions of Erdogan and his AKP party. Between 2013 and 2015, the domestic Kurdish political party overcame concerted and consistent political repression to successfully mobilize disparate Kurdish groups and liberal sympathizers behind Selahattin Demirtaş, who successfully forced the national government into peace talks. However, the convergence of regional dynamics and domestic trends drove oscillation on the part of Ankara’s Kurdish policy, wavering between peaceful rapprochement and hardline repression. Shifting U.S. sentiments with regard to the Islamic State and Middle East involvement also led to the U.S. Government’s abandonment of its Kurdish allies in 2019, which further emboldened an accelerated Turkish assault on Kurdish populations.

Image: A Kurdish woman poses amid the aftermath of a Turkish bombing of Silopi, 2016. Concerted Turkish military campaigns aimed at punishing the Kurdish minority have killed thousands of civilians and displaced over one-quarter of a million people.
Photo Credit: Nedim Yilmaz

Since this time, Ankara has enjoyed broad latitude to exact a punishing assault on the Kurdish minority. Thousands of civilians have been killed amid this effort, including Turkish citizens caught in the unfortunate crossfires. Large swaths of majority Kurdish cities have been pummeled and leveled by relentless Turkish shelling, and over one-quarter of a million people have been displaced as a result. Domestic security forces have detained and jailed several thousand Kurdish civilians and politicians under charges of terrorism, and Kurdish political groups have seen their once swelling political expression slowly asphyxiated. Concerted military campaigns against Kurdish militant forces in Northern Iraq and Syria, as well as the indiscriminate use of drone strikes against Syrian refugee camps, have compelled some to label Ankara’s use of force a “policy of extermination.” Regardless of characterization, the suppression of the Kurdish minority has further splintered Turkey and Europe, despite their long-standing defense linkages that have served as pillars of their cooperation.

Turkey joined the North Atlantic Treaty Organization (NATO) in 1952 in the defense alliance’s first wave of enlargement. This brought NATO to the strategic doorstep of Asia, but Turkey’s aggressive regional posturing and frequent unitary responses to regional developments in recent decades have aggravated European NATO members. Furthermore, Turkey at times has been at direct odds with the NATO majority over issues involving Libya, Syria, and Russia. Its growing integration with Russia through armaments and defense acquisitions, as well as natural gas contracts, has caused worry among the United States and Europe about Turkey’s strategic vulnerability in critical regions such as the Black Sea. Additionally, internal disagreement over NATO’s ability to address Turkish security concerns has manifested in scarped fragmentation over other issue areas such as its persecution of Turkish Cypriots, Eastern Mediterranean tensions, and emerging threats in North Africa. These growing cleavages have left Turkey walking a precarious tightrope of diverging interests, but thus far, Ankara has been successful in balancing these threads and diffusing internal issues through assertion to gain short-term regional benefits.

The political success of the AKP has compelled some observers to point to it as evidence of a “Muslim democracy,” though with the regime increasingly gravitating towards authoritarian tendencies, this belief appears somewhat misplaced. While bearing the title of a republic and boasting of democratic aspirations, Turkey under Erdogan has undergone a methodical consolidation of power and constriction of civil liberties that effectively make the nation an autocracy veiled by a democratic facade. The executive branch has steadily consolidated its control over the judicial and legislative branches, and checks and balances were eroded steadily throughout the aughts and early 2010s. After a failed coup attempt by opposition Gulenist elements in 2016, a referendum was passed that formally changed the government from a parliamentary system to a presidential one. The president became the head of state and government while the role of prime minister was abolished. Erdogan also re-structured the ministries and assumed greater control over the military. In the public sphere, it became a prosecutable offense to criticize or insult Erdogan. As a result, the press and media have been targeted repeatedly under these pretenses, leaving journalists and activists jailed and once-independent institutions co-opted or silenced. These autocratic shifts have also manifested in the detention and imprisonment of political opposition and the blatant use of illegal force against citizens.

This gradual decay of democracy has caused Turkey to drift from its Western orientation and has brought the country in closer alignment with other authoritarian regimes, principally Russia and China. Disappointed by the perceived lack of support from the West following the failed coup attempt of 2016, Turkey found reinforcement in Russia and President Vladimir Putin’s extension of sympathies. With the paring of American hegemony and growing disagreement between the United States and Turkey over regional security and diplomatic issues, Ankara has increasingly turned to Russia as a partner and collaborator. Turkey’s quest for autonomy from the West, combined with China’s expanding economic might have also led it to develop ties with Beijing, whom it turns to for alternative funding opportunities and diplomatic support for its nascent presidential system. Development projects such as the Istanbul Canal—a geopolitically strategic and potentially power-shifting transit channel connecting the Black Sea and the Sea of Marmara—have received steady streams of Chinese funding that have allowed commercial ties to prosper. 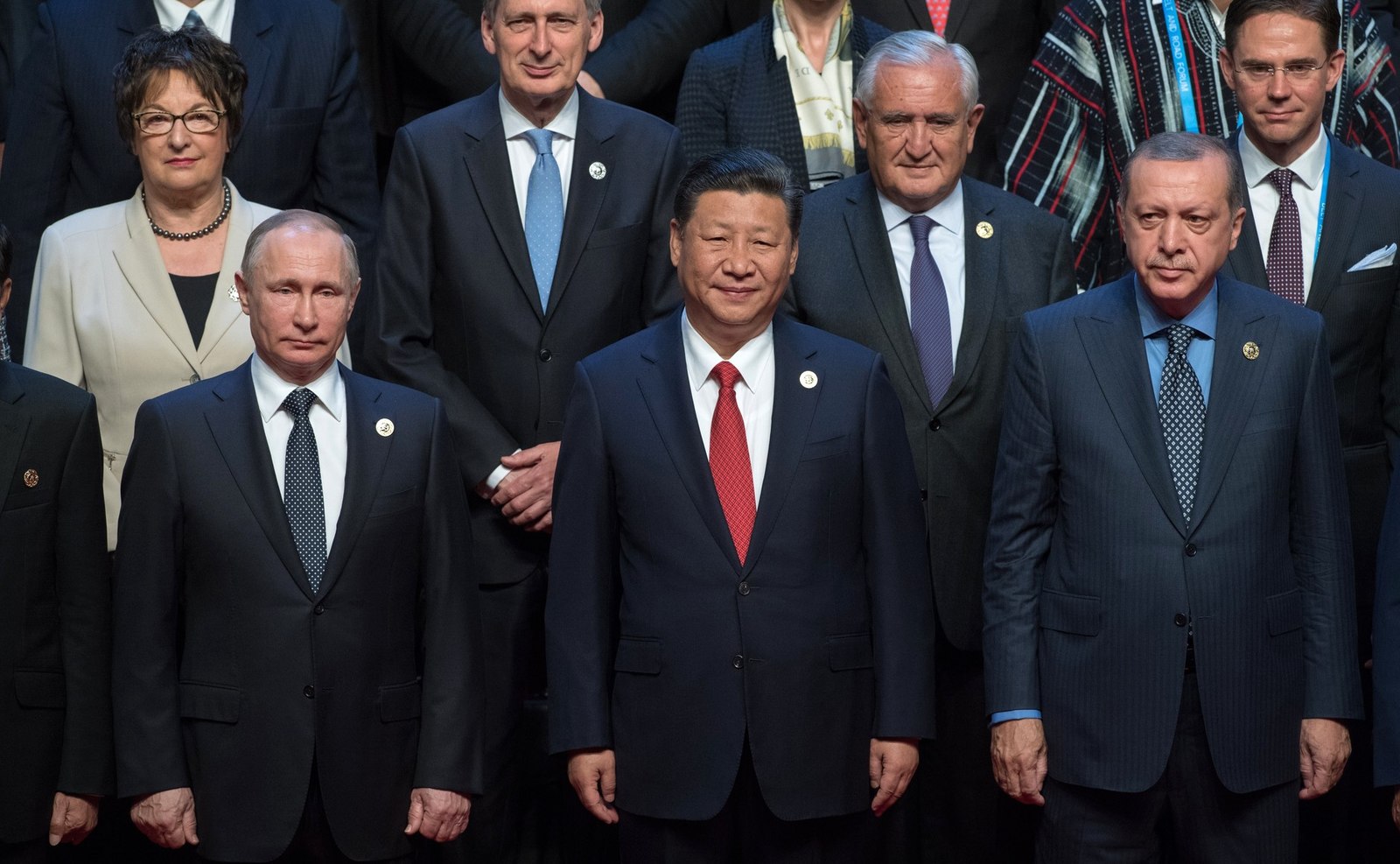 However, bilateral relations with both powers remain rather tepid and confined to limited areas. Neither has developed into a reliable strategic partnership despite convergence on flashpoint issues inimical to Western interests. Having aggrieved the West and thus far failed to cement support from the East, Turkey is left in a vulnerable middle ground without definitive allegiances to rely on. Turkey still depends on Western economic stimulation, with nearly 70% of Turkey’s inward foreign direct investment coming from the United States and the European Union. The dual-direction ties Turkey has cultivated thus tug and pull at its ability to solidify long-term strategic policies both internally and externally.

National elections are next slated to be held in June 2023, and some political analysts have forecasted a precipitous drop in electoral support for the AKP based on recent indicators. However, Erdogan and his AKP party still maintain an advantageous grip over the electoral process and opposition parties have no clear and definitive path to victory. Though long-discussed and sought after by Erdogan and the AKP, a new civilian-drafted constitution has thus far evaded their success. Still, drafts continue to be proposed that would radically transform the structural functions and processes of the state.

Domestically, Turkey faces growing unease over the long-term viability of its economic and wealth distributions, infringements on its secular foundations, and volatile relations with the Kurdish minority. Both regionally and internationally, it risks ostracism and isolation due to its failure to coalesce around a distinct set of policies and compatible alliances, while arguably overextending itself diplomatically and economically through a substantial development portfolio and commercial ties with powerful foreign lenders. 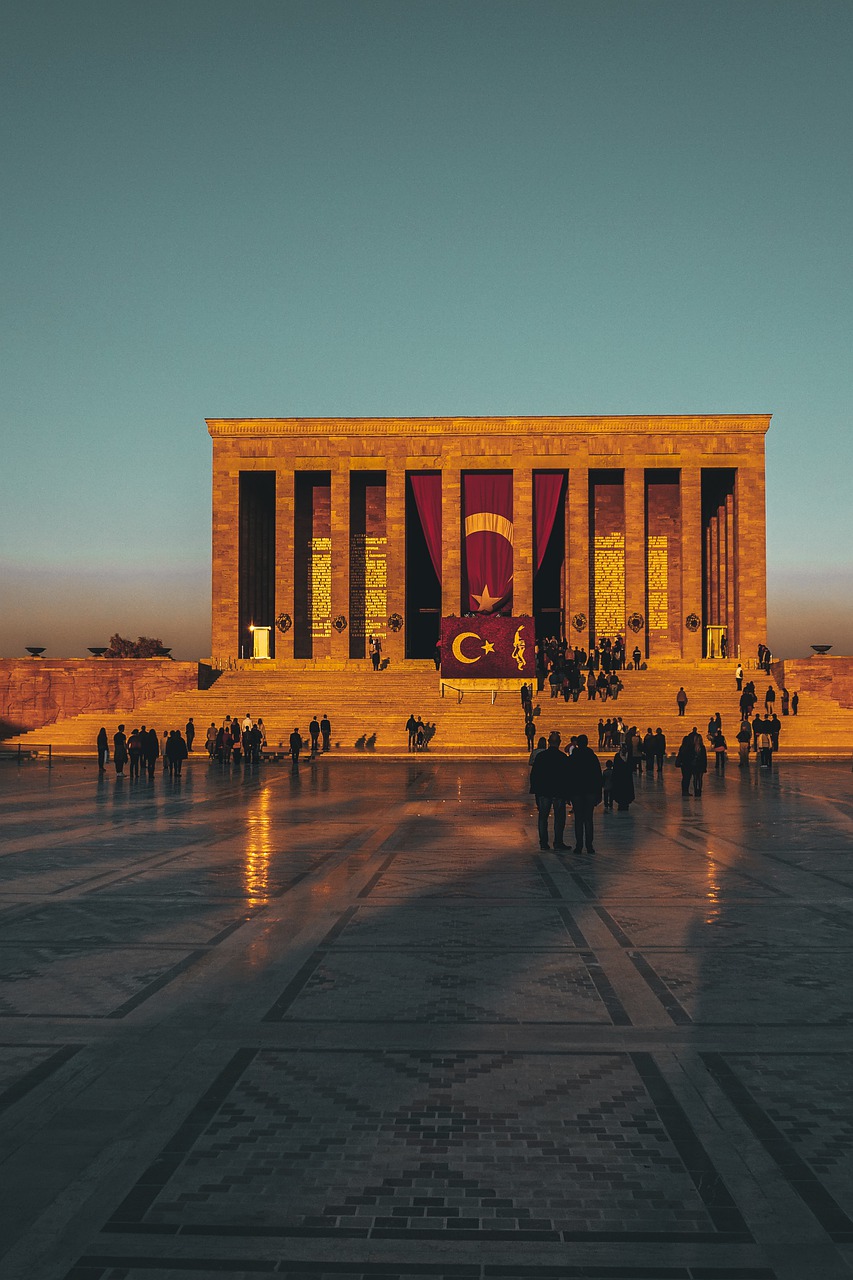 Image: Anıtkabir Ataturk Museum in Ankara. With the prospect of a new civilian-drafted constitution, the founding secular principles that have undergirded Turkish society have come under threat as religious politics have begun to fuse with the new political order taking shape.
Photo Credit: slh_altuntas

Turkey has witnessed impressive growth and transformation over the past 100 years and retains a unique place within the Islamic world as a bearer of secular principles and progressive social policies—despite their competition with a resurgent Islamism. This competition has produced both a novel recognition of Muslim identity within Turkish society and a neo-Islamic party that has sharply shifted Turkey away from its democratic foundations toward an autocratic model that has begun to align itself with other powerful autocracies.

Turkey at its centenary is a nation at an inflection point—a crossroads between continuity and change. A collection of conflicting forces has shaped its first century as a republic, but the prevailing complexities and debates wrought by these interactions may not prove to be the defining elements of its next century.