The recent migration crisis in Venezuela has garnered attention across the world as millions of individuals and families have fled the nation to escape violence, conflict, and neglect. This humanitarian crisis is a result of ongoing political and economic conflicts that have severely impacted the quality of life of the Venezuelan people. Many Venezuelans have thus made the difficult decision to migrate to neighboring countries in hopes of refuge. During this journey and upon reception by host countries, they are exposed to various forms of violence by individuals, states, and institutions.

Part I of this series will examine the root causes and history of the current refugee crisis in Venezuela, considering both economic and political aspects that have contributed to the current humanitarian situation. Part II will then delve into policies enacted by neighboring countries, Peru and Ecuador, in reaction to the sudden influx of Venezuelan migrants to evaluate their criticism and merits and determine whether they hold any applicable value to Venezuela.

The United Nations has identified the need to reduce inequality within and among nations as a critical Sustainable Development Goal. Specifically, Target 10.7 seeks to “facilitate orderly, safe, regular and responsible migration and mobility of people.” About 272 million people across the world are migrants, living in or traveling to a place outside of their birth country. Looking further into where these migrants are coming from, it becomes clear that countries that are suffering political and/or economic turmoil have the most external migration. Venezuela, in particular, is currently undergoing several compounding crises that make life unbearable for citizens, prompting their need to migrate. More than 6 million Venezuelans have fled due to this ongoing humanitarian crisis. As individuals and families migrate out of Venezuela to seek safer living circumstances, they often risk their lives because of inadequate migration policies in recipient countries. This has created a significant refugee crisis that has impacted the lives of millions of Venezuelans trying to secure a better life for themselves and their families outside of their country. It has also impacted neighboring countries, as most have limited resources to provide to incoming migrants. There is a crucial need to address this crisis and provide adequate and realistic policy solutions that prioritize the safety and security of Venezuelan migrants. 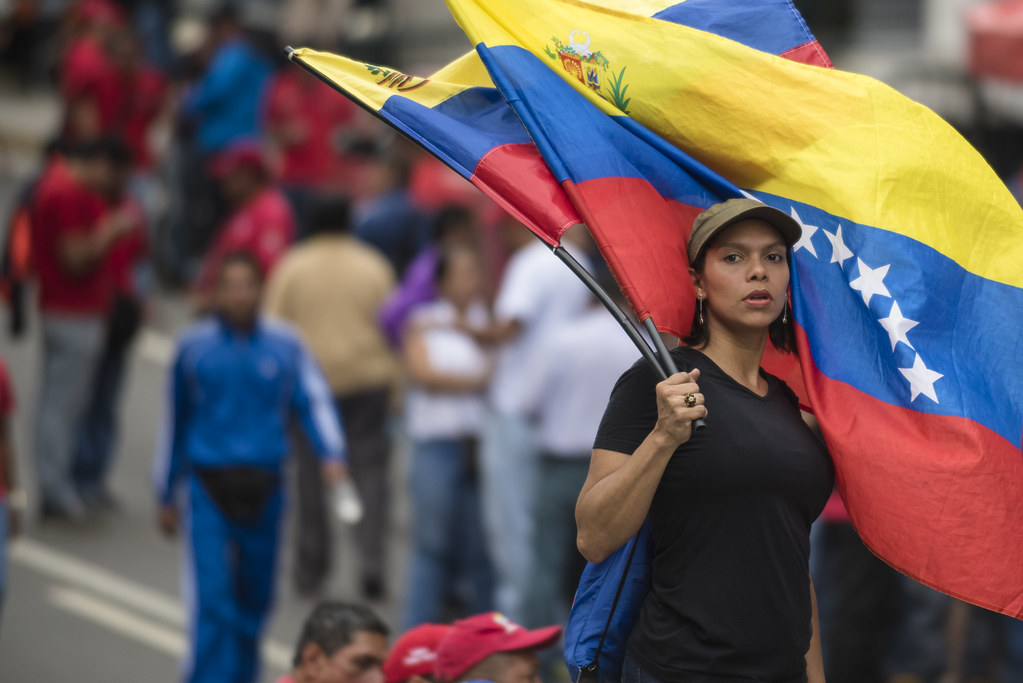 The refugee crisis in Venezuela began as a result of compounding economic and political crises that have been detrimental to the lives of individuals and families. The election of Hugo Chávez in 1998 brought an influx in social spending in an attempt to reduce poverty and inequality. The social programs funded education, housing, medicine, and more for the Venezuelan population and ultimately, significantly reduced national poverty levels. However, these programs were financed with rising oil export profits, which fueled a growing dependence on oil. This overwhelming dependence on oil exports made Venezuela vulnerable to global economic and market fluctuations. In addition, severe mismanagement combined with a lack of sufficient fiscal reserves led to economic collapse after a cratering of international oil prices in 2014. The lasting hyperinflation and inadequate currency reserves have prevented the nation from acquiring imports of necessary items, specifically food and medicine. The Venezuelan economy is currently dependent on foreign creditors, particularly China and Russia, lending funds that have contributed to the country’s overall debt. Additionally, U.S. sanctions on Venezuela have detrimentally impacted the economy and its ability to recover. Venezuela is ultimately suffering an economic crisis that severely harms everyday people in the country as they lose access to necessary resources.

In addition to the economic dimension, an extreme political crisis has also contributed to Venezuela’s current refugee crisis. Chávez died in 2013, leading to the installment of Nicolás Maduro as president. Maduro immediately began to consolidate power by quelling dissent and undertaking various constitutional changes to insulate himself. Unrest over economic stagnation reached a head in 2017 when various protests against Maduro’s rule began to form. People demanded the “release of political prisoners, the need to respect the separation of powers, and above all, to hold early presidential elections.” Maduro’s government responded with violent repression that led to 125 deaths. The country was moving further away from democracy and towards authoritarianism, as it violated fundamental human rights, made random arrests, and tortured opposition leaders. Due to the enactment of the Constitutional Assembly in 2017, there was an “overwhelming sense of discouragement” as Maduro’s regime had gained control over the entire country. At this point, citizens were forced to prioritize their sheer survival over further advocacy and protest. In January 2019, Juan Guaidó, the Chair of the National Assembly, declared himself to be interim president, creating a state of diarchy. This further exacerbated the political conflict as Western states began to announce their support for the Guaidó administration. As this was occurring, people continued to lack access to food and medicine, an effective healthcare system, or essential services including water and electricity, and also faced unprecedented hyperinflation of roughly 1,700,000%. Food security rapidly eroded, and an increase in malnutrition and hospital admissions drew almost no response from the Venezuelan government and little in foreign aid. These factors, along with increased political corruption and gang violence, have converged to create the refugee crisis that is visible today.

Currently, about 5,000 people leave the country each day, with roughly 65,000 Venezuelan asylum applicants in total. Due to a lack of basic documentation, it has been challenging for applicants to obtain refugee status for legal entry. This exposes migrants to various forms of violence including “frequent arrest, deportation, and abuse by many criminal groups” and particularly, “human trafficking, sexual abuse, and forced labor.” A majority of migrants travel to Colombia and Peru, while others travel to Chile, Ecuador, Argentina, and Brazil. This influx economically strains these countries at a time when they each face their own economic hardships. They often respond with retaliatory measures by blocking Venezuelans from entering. Due to the extreme refugee crisis and its impact on neighboring countries, international actors have become involved in an attempt to alleviate the situation. The United Nations is most involved as it has allocated more than $200 million in humanitarian aid to the country. They have also appointed delegates from the United Nations High Commissioner for Refugees (UNHCR) and the International Organization for Migration (IOM) to coordinate a comprehensive humanitarian response to the crisis. In 2018, this resulted in the launch of the Regional Refugee and Migrant Response Plan. Other countries have also become involved in the political battle between Maduro and Guaidó, while committing to creating humanitarian and development programs. Despite multilateral involvement, the migration problem persists. Venezuelan migrants continue to suffer and endure violence while traveling to reach some semblance of safety.

Ultimately, a combination of political and economic conflicts has made life unbearable for Venezuelan residents. As they migrate to seek safe refuge, Venezuelans encounter further troubles in neighboring countries. International assistance has played a key role in providing humanitarian aid, but as anti-immigrant sentiments persist in migrant-receiving nations, Venezuelans continue to endure hardship. Part II of this series will examine the inadequacy of policies enacted by Ecuador and Peru in response to the influx of migrants. It will then look toward practical policy recommendations that can ensure the safety of refugees, while maintaining economic stability in refugee-receiving countries.